Welcome to Progress at What Cost

Here's a link to my class page! 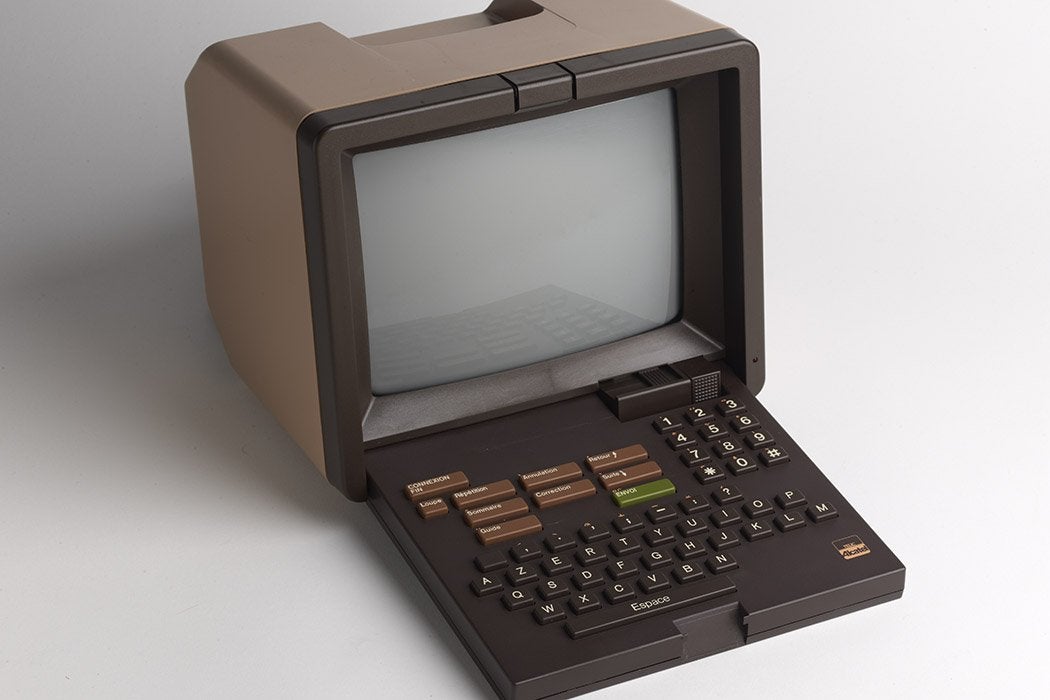 Preface: Its the distant future, although countries are all still independent nations, the successful globalization of the Minitel has expedited communication technology to the point where everyone can instantly contact essentially anyone. This has caused global interests to align uniting every country into a global, democratic alliance called the Global Efficiency Alliance which, similar to the supreme court, advises nations on how to guide their people, but intervenes or gives aid to nations when necessary. The GEA slowly grew in power, as world leaders prospered from it, and at first it really did do some good for the world. Unfortunately as it gained power and influence over common people, it also grew overbearing and began to run itself as if it was running a business and not a Society.

Damn this phone! I hear my father yell from the kitchen; the French cant make anything right anymore with all of new bullshit innovation. I wish I could just have a hard working American phone again he drones sarcastically. I thought the French were the only ones who could make phones and things asks my little brother. ugh so naive. It wasnt always like this.here we go, another story. Back in my days the whole world could make anything they wanted- before the National Focused Production Mandate, before the entire Global Efficiency Alliance was even an idea. I tease Dont you mean the First Order? Annoyed, my Dad continues Yes my boy, it all started with the Minitel in France. It essentially was the first computer, a lot like your MiniComp 10 upstairs. Anyways, France quickly saw the power behind its Minitel and distributed them not only all over France, but somehow all over the world. Originally people tried to start their own businesses and make their own computers, companies like Apple, IBM, you know, stores where you can go get your MiniPhone fixed or buy licensed Mini gear thats imported; you know not like buying a charger n a gas station or something made it someones basement. My brother gasps Apple used to make computers?! I thought only MiniCo was the only company liscenced to make technology innovation under the NFPM? oh boy, were in for a long one now..

Do we really have to get into all of this? I ask, I doubt Quinn will even understand, My dad stops me, Its a cool story! Besides I can tell you the real truth, not the propaganda released by the GEA. For a while, Apple and other companies made devices to the Minitel, and then the MiniComp and so on; and although they were strikingly similar but struggled as MiniCo pretty much dominated the market. Then, I forget the year. after the GEA was established but before things started to get bad. Anyways, Apple finally outsmarted MiniCo and released the iContact, a literal contact lens with a screen in it. When wearing one it seemingly projected the screen in front of you, yet didnt impede your vision. It was amazing, and it shook up the information technology world; it rattled everyone in France, especially at MiniCo. A CONTACT LENS?!?, my brother screams, thats so cool, did you wear one dad? Did you Mac?..Im not that old, god you idiot. I did, my dad said, they were too expensive so I never owned one, but I put one in once. Hurt my eye.

Anyways, my dad continued Naturally MiniCo sued Apple for everything they had, claiming they had made plans for a device like the iContact, oddly enough they were going to call it the E.C. for Eye Contact, but I digress. But MiniCo claimed they cancelled the plans for their device as they viewed it as a physical danger to the public as well as a mental danger to society, two things of which Apple, In its days of power, cared not. Naturally this case made its way all the way up to the GEAs head table, comprised of every countries head official. MiniCo won the case in an unprecedented fashion, with Apple failing to win the favor of even one world leader. Not only was Apple to shut down, but the GEA felt it was time to change the way technological innovation and even global commerce is handled. Thus the NFPM was born. It mandated that in order to stop competition in innovation in all fields, each country (dependent on size) would be designated one or two unique fields or exports switch they will devote all of their professionalism to, for the greater good of the world. For instance, as you kids know, in America, our industries are planes and cars, Italy does clothes, Costa Rica does Coffee, and because of that lawsuit; France does computers and IT. Most people try to forget about those days, the days before it all changed; the GEA argued it would help the environment, human rights, everything, but in my opinion it just sucked the life out of the world.

What do you mean? I asked.I knew what he meant. Im not sure, he said I guess youre both too young to remember it but there used to be something different to the world, back when things could be a little more on the fly, oh well goodnight yall I thought a lot about what my dad had told me that night lying in bed. I was only alive a few years, maybe 5? Before the NFPM, but there was something different. Hell, no one even cares to tell time now cause its all the same. working on a piece of a car to get put into a different piece of a car to go back home to wait to do it the next day. Like my dad said, it all started with the GEA, maybe all the connectivity isnt such a good thing. Maybe our world was meant to be a little distanced. Maybe I should change my life up, maybe I could go work on pieces of planes. Ha.